Prometheus and Canada: 1774-1874 - The Untold History of Canada Lecture 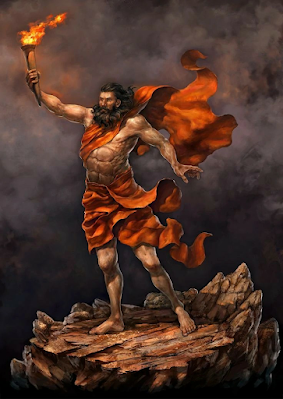 Since it's earliest moments, Canada's identity has been trapped between two opposing dynamics in world history.

On the one side, the British imperial system has struggled to keep its colony subservient to the will of an oligarchic class subservient to fixed traditions and irrational customs of control, both cultural and political. On the other side, the world's first republic has been compelling Canada to break free of the Empire, becoming a fellow sovereign republic, as have all the other countries in the Americas. This is the modern expression of the battle between the principle of progress of Prometheus, the creative fire bringer, versus the Olympian God Zeus who maintains the law of ignorance and depopulation in order to maintain his closed anti-creative system of control.

In this lecture, Matthew J.L. Ehret, the Editor of the Canadian Patriot reviews those historical dynamics that have shaped the evolution of Canada from the period of the American Revolution, the uprisings of Upper and Lower Canada in 1837 and the American Civil War of 1860-67. In doing so, we discover how this history has been governed by two opposing potentials for humankind's destiny: Either a Promethean new Renaissance or a new 21st century Dark Age.