The NATO-Assisted Suicide of Ukraine 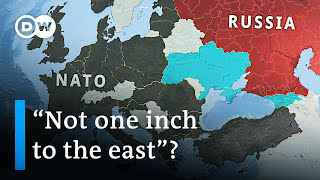 Words should mean something, otherwise we're just beasts in the jungle.

"Many Ukrainians want to join the European Union, which as a whole is ambivalent at best about Ukraine. On the other hand, Ukraine matters as much to the Russians as it does to Ukrainians, just as it always has. Ukraine is as important to Russian national security as Scotland is to England or Texas is to the United States. In the hands of an enemy, these places would pose an existential threat to all three countries. Therefore, rumors to the contrary, neither Scotland nor Texas is going anywhere. Nor is Ukraine, if Russia has anything to do with it. And this reality shapes the core of Ukrainian life. In a fundamental sense, geography has imposed limits on Ukrainian national sovereignty and therefore on the lives of Ukrainians." - George Friedman, "Ukraine: On The Edge Of Empires" Forbes, December 17, 2013.

Russia has pulled the plug on Ukraine, but NATO stuck tubes into its body and fed it poison for two decades, so it bears the ultimate responsibility for the catastrophe unfolding there.

The weaponization of Ukrainian nationalism to hurt Russia was a cynical crime that will take a generation or two to undo in Ukraine.

A healthy expression of patriotism is a positive and natural thing, but the criminal forces that seized power in Kiev in 2014 are not interested in defending Ukrainian sovereignty against external aggression. If they were they would not have participated in the Washington sponsored coup.

These criminals are only interested in power and glory. They are too sick-minded to think about the long-term security and well-being of Ukraine. They are dogs of war who were set loose by the anti-human genocidal monsters in Washington.

Howling at Moscow is not a sustainable foreign policy. Sure, Russia's hands are not clean in Ukraine or any country surrounding the borders of its territory. Historically it has subjugated them.

However, it has not bullied Ukraine in the past three decades. In fact, it has been over-accommodating to its interests and concerns. Putin has said numerous times that he tried negotiating with the other side but they didn't want to listen.

There is a limit to tolerating madness, even when it is within the family. As the little brother, Ukraine has to know its place vis a vis Russia. It can enjoy a certain degree of political independence and freedom but within reason.

Ukraine lost its right to be heard and respected when it ceased to be an independent country in 2014. As a pawn of NATO in a larger war against Russia it should expect to be sacrificed.

Sometimes sacrifice is noble. Sometimes it is crucial to victory. But very few wars are noble and worthy of anybody's sacrifice. It's certainly foolish to fight a superior foe unless it is an existential war. And this war is not a matter of Ukrainian survival. The exact opposite is true. Russia's survival and territorial integrity were threatened by NATO presence in Ukraine.

Ukraine's psychotic leaders were the ones banning the Russian language and trampling on Russian heritage in their country. They should beg for forgiveness and thank God that Putin is in power in Moscow instead of some maniac like Ivan the Terrible.