How The Pimps In Washington Gave The Prostitutes of Pakistan Nukes 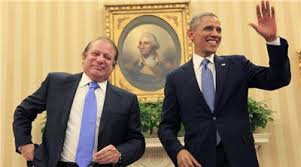 The prostitute and the pimp.

A couple of days ago, one of the thugs of the Pakistani Army, a son of a bitch by the name of Pervez Musharraf threatened India with nukes for expressing solidarity with the suffering of the Baloch people and the national liberation movement in Balochistan. Their struggle deserves the recognition and support of the international community, not just India's moral support.

Pakistan is totally in the wrong in this situation. They can shout conspiracy theories, cry Islamophobia, and point their fingers at America and Israel all they want, but at the end of the day, it is their weapons and bombs that are being used against innocent Baloch activists and civilians.

The thugs in the Pakistani army believe that because they have nukes they can commit any number of war crimes against the Baloch people, support all the sick Jihadists under the sun against Afghanistan, and threaten India all they want.

But how did these idiots acquire the nukes?

Read the article, "The man who knew too much" By Adrian Levy and Cathy Scott-Clark, The Guardian, October 13, 2007. An excerpt:


He was the CIA's expert on Pakistan's nuclear secrets, but Rich Barlow was thrown out and disgraced when he blew the whistle on a US cover-up. Now he's to have his day in court.

Rich Barlow idles outside his silver trailer on a remote campsite in Montana - itinerant and unemployed, with only his hunting dogs and a borrowed computer for company. He dips into a pouch of American Spirit tobacco to roll another cigarette. It is hard to imagine that he was once a covert operative at the CIA, the recognised, much lauded expert in the trade in Weapons of Mass Destruction (WMD).

He prepared briefs for Dick Cheney, when Cheney was at the Pentagon, for the upper echelons of the CIA and even for the Oval Office. But when he uncovered a political scandal - a conspiracy to enable a rogue nation to get the nuclear bomb - he found himself a marked man.

In the late 80s, in the course of tracking down smugglers of WMD components, Barlow uncovered reams of material that related to Pakistan. It was known the Islamic Republic had been covertly striving to acquire nuclear weapons since India's explosion of a device in 1974 and the prospect terrified the west - especially given the instability of a nation that had had three military coups in less than 30 years . Straddling deep ethnic, religious and political fault-lines, it was also a country regularly rocked by inter-communal violence. "Pakistan was the kind of place where technology could slip out of control," Barlow says.


Barlow, however, was unable to find employment after his clearance was removed and marriage broke up. "They viciously tried to destroy my life, personally and professionally" he is quoted as saying. "Not just my career, but they went after my marriage, my livelihood, and smeared my name in truly extraordinary ways that no one had ever seen before or since—at least not until the Wilsons were victims of the same people years later." According to Barlow the allegations included the "fabrication" that he "was an ‘intended’ Congressional spy", that he was an alcoholic, had not paid his taxes, and was an adulterer. "Then they accused me of being psychotic and used that to invade my marital privacy, including that of my now ex-wife who also worked at the CIA, and sought to destroy my marriage as punishment."

Although he was found to have breached no national security regulations and was vindicated, Barlow did not receive his government pension and has had trouble finding employment. The authors of The Nuclear Jihadist, a biography of A.Q. Khan, caused a sensation in 2005 when they revealed that they had tracked him down to a motor home in Montana where he lived with two dogs.


Amongst the many pieces of evidence that come together to paint this picture of American involvement in helping to protect and even foster Khan's proliferation network is the extraordinary story of former CIA analyst Richard Barlow, who, as a specialist in counter-proliferation in the 1980s, had a chance to discover and expose the shocking truth: that elements in the highest levels of the intelligence community, the state department, and even the White House knew about Pakistan's procurement activities but actively turned a blind eye to them. Find out more about this remarkable story in this week's Eyeopener report.