Beware those who speak with a forked tongue. 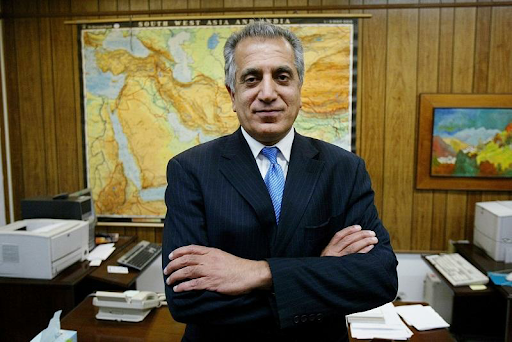 Zalmay Khalilzad, who denied Afghanistan its rightful king in 2001, handed the country over to the Taliban in 2021.
Zalmay Khalilzad, the neocon policy maker turned diplomat and envoy after 9/11, is a pivotal figure in the Afghan drama.
His critical decisions as the U.S. Ambassador to Afghanistan in 2004-2005, and later as the Special Representative between 2018-2021, had dramatic impact both on the evolution and devolution of the post-9/11 Afghan government.
Khalilzad worked against the Afghan popular will on both occasions.
After the U.S. invasion, Afghans demanded the former king of Afghanistan be brought back from exile to act as a figurehead to unite the country's different factions.
Instead of listening to them, Khalilzad imposed Hamid Karzai on the country, a deeply corrupt and unlikable politician. Under his illegitimate reign the people of Afghanistan witnessed the growth of massive corruption in government and the resurgence of the Taliban on the battlefield.
Karzai himself was a puppet figure. Khalilzad, according to U.S. officials, wielded power from the presidential palace in Kabul like he was some sort of shadow monarch.
An excerpt from, "The Long Shadow of a Neocon" by Andrew Cockburn, Harper's, June 12, 2014:

Khalilzad’s leap out of relative obscurity came with the post-9/11 invasion and occupation of Afghanistan. Following the collapse of the Taliban regime in 2001, an Afghan Loya Jirga assembly indicated by a clear majority that they wanted their aged king, Zahir Shah, to return from his long exile in Rome to preside over the government. This was not to the taste of presidential special envoy, and later ambassador, Khalilzad, who importuned Italian premier Silvio Berlusconi to prevent the Shah from leaving Rome as he meanwhile brusquely informed the Loya Jirga that their leader was to be Hamid Karzai, a Pashtun of modest reputation.

Afghan politicians of all stripes concluded that Khalilzad had purposefully picked someone with little internal support in order to ensure that his own authority remained unchallenged. This authority he exercised by operating as supreme warlord, rewarding or threatening the lesser strongmen who had emerged in various provincial power bases with grants of aid or threats of airstrikes from the bombers and Predator drones at his command.

Did Khalilzad engineer a corrupt and unpopular Afghan government with the aim of making the Taliban an attractive alternative for Afghans?
It should not be out of the question.
Who knows where Khalilzad's true loyalties lie. Neocons like him strengthem Islamic terrorism one day, and the next day they write policy papers warning of the threat they pose to Western civilization.
It must be remembered that Khalilzad acted as a middleman for the Taliban on behalf of the American oil company Unocal in the 1990s. So he is no stranger to the terror group and its Pakistani creators.
An excerpt from, "My personal account of dealing with two generations of Taliban" by Hamid Mir, India Today, August 20, 2021:

Zalmay Khalilzad, who signed the Doha agreement with Mullah Baradar in 2020, arranged a visit of Taliban leaders to Unocal offices in the US in 1997. Former US Ambassador to Pakistan, Robert Oakley, and Hamid Karzai were also working for Unocal in those days. Naseerullah Babar told me that Unocal provided money to the Taliban in 1995 for setting up a communication system between Kandahar and Quetta. Unocal wanted the Taliban to protect a gas pipeline from Turkmenistan to Pakistan via Afghanistan.

The 2020 Doha surrender deal that Khalilzad oversaw has been relegated to the background since the Taliban took over a month ago.
The Biden administration has rightly received a majority of the criticism for the disastrous withdrawal but Trump and Khalilzad deserve an equal amount of the blame for Afghanistan's collapse, if not more.
Sarah Chayes asked last week:

How do you explain that those talks in Doha were carried out by an Afghan-born U.S. official who had worked as a lobbyist for the Taliban when they were last in power? How do you explain that those talks were carried out in Pashtu, with no other U.S. official present, or none who understood the language?
In whose interest was the U.S. envoy really negotiating? Where has that envoy, Zalmay Khalilzad, been since Kabul fell?
What exactly is in the agreement he negotiated under the Trump Administration? Now that U.S. personnel are out of Afghanistan, will President Biden declassify the secret annexes, so we can all know -- Afghans and Americans alike -- what vital U.S. national interests that agreement protects?

Khalilzad's double-dealings landed him in hot water in 2014 when he was accused of money laundering by U.S. authorities.
Why such a man was allowed to represent the United States in talks with the Taliban is a question that Trump and Biden have to answer.
Saman Mohammadi at 1:09 AM
‹
›
Home
View web version