Pakistan Was Formed Because Of Communist Threat, Not Because Islam Was In Danger - Tarek Fatah 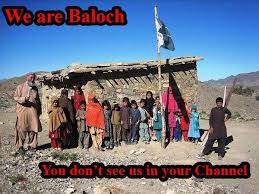 In order to create Pakistan the dreams of many nationalities were sacrificed.

The shit stain of South Asia was created by British and American hands to prevent the infiltration of the Soviet Union into the region and the spread of the Communist ideology.

From a strictly military perspective the logic was sound, but creating a new country based on a militaristic and aggressive religion without considering the feuding ethnicities and the diverse histories of the local peoples proved to be unwise.

Since the end of the Cold War Pakistan has had no strategic value for Washington. That is why Pakistan's leaders are increasingly leaning towards China to be their new protector, while the U.S. is moving closer to India.

Maybe the Chinese can teach the Pakistanis the basics of governance because obviously the Americans haven't been able to do so for over six decades despite being their number one source of financial aid and having all the leverage in the world.


Tarek Fatah exposes how Pakistan came into existence after Congress refused to allow British to build military bases in the then United India and how Muhammad Ali Jinnah sold his loyalties to create Pakistan. The narrative that 'Islam was in danger' was the biggest lie that was propagated to facilitate Pakistan's formation. Thus Pakistan's very reason of existence is a lie. Clip taken from 'Bilatakalluf with Tahir Gora' - Episode 86 - Will Pakistan Survive with Tarek Fatah on Rawal TV. With English subtitles.